As content has shifted and developed in the digital age, so too has the number of potential distribution platforms. This abundance of audience-acquisition methods has allowed marketers a more targeted approach to increasing traffic, authority, and brand recognition. However, it has also come with heightened expectations for how these marketers can and should be producing content.

Those that aren’t producing exceptional content in everything from their SEO link building to their eBooks and video output are quickly finding it harder to gain traction. Plus, even a fantastic piece of content is only going to reach those that are interacting with the platform it’s placed on. This is where content repurposing has found its footing as an effective online strategy.

Content repurposing involves taking a piece of content or media that you’ve created for one platform, medium, or time period and recontextualizing it for another. This can be achieved in a variety of ways, such as repurposing written content as a podcast or informative videos. It can also be used as a means of revising old content for the same platform; updating it for the needs of your current audience.

Content repurposing allows you to reach a broader range of potential consumers than would otherwise be possible with a single piece of content. This offers an array of benefits, including:

Different users will have different methods of consuming content that they are more receptive to. For example, some individuals prefer listening to informative podcasts, rather than reading that information in a more traditional article format. Others are much more likely to absorb the information in an eBook, rather than watching a webinar in the same subject.

By repurposing content across a broad range of mediums and platforms, you are ensuring that it has the best chance of being discovered by interested parties. Depending on your chosen platforms, broadening your reach in this way also allows you to be discovered by those that aren’t necessarily searching for media and content in your field.

The internet has no shortage of fascinating content. This means that, quite often, even the most incredible content can fall under the radar and disappear with little fanfare. This would often be the end of the line, especially for content that is time-sensitive. However, by repurposing content, you are allowing it a second chance to capture the interest of users and gain traction.

Articles can be turned into infographics, or revised to reflect more up-to-date facts and statistics. This allows the structure of a piece of content to maintain relevance, without the need to consistently produce content that is entirely original.

Quite often, as content creators, we have certain works that we are particularly proud of. It may not have gotten quite the reception that you would have hoped, but you still feel like it is an achievement to be shared. By taking old content and re-releasing it on a different platform, you’re allowing it another chance to be recognized by those it may have slipped past the first time around.

This last point can be seen in music streaming services, such as Spotify and Apple Music. These services have allowed albums that may have received a limited promotion or a lukewarm reception on release to gain wide acclaim on a digital platform. The content itself is the same, but given a new platform, it has been able to flourish in a way it couldn’t initially.

How Do You Decide What is Worth Repurposing?

Obviously, not all content is going to benefit from being repurposed, and your audience is likely going to lose interest if you’re constantly recycling pieces of content from several years ago. When starting to think about which content you should be repurposing, there are a few questions to ask yourself:

For content to be evergreen, it must be able to maintain relevance over the long term. While an article posturing on whether or not a celebrity is pregnant may gain a considerable amount of readers, it has a defined timeframe in which its information is applicable. If your content isn’t going to stand the test of time, then it’s best to leave it as a relic of the past, rather than putting effort into giving it an unnecessary transition.

Will People Care About This?

Which content you decide to repurpose will partially depend on what you’re hoping to achieve. If you’re looking for a way to drive traffic and increase your audience through content repurposing, you need content that still has an interested demographic to target. An infographic detailing the timeline of the show Lost may have made a splash in 2008, but trying to bring it back in 2018 isn’t likely to get you quite as many clicks.

How Much Will I Have to Change It?

One argument against content repurposing I’ve heard is that it’s more worthwhile to simply create new content, rather than rehashing the old. While I personally believe that an effective content strategy includes a mix of both, sometimes, it really is worth just making something new. This is usually the case when your information is so outdated that it effectively needs to be rewritten entirely. Rewriting few sentences, statistics, quotes, etc. is more than fine, but if you’re going to need a full overhaul, you might as well start with a clean slate.

The internet that exists now is built upon everything that came before it. From memes to Wikipedia, the repurposing and recontextualization of content are pivotal in creating new media and new digital experiences. So, if you’re looking for a way to put old content to good use, content repurposing is a fantastic, simple way to do just that, whilst potentially picking up some more traction along the way. 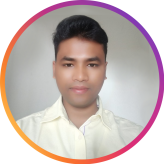 0 0 0
Previous ArticleHow to Become a Social Media Marketer?
Next ArticleAutomation and Social Media – The Pros and the Cons
Comments (0)