How to Boost Content Marketing with Proper Hashtag Research

If you have not been living under a rock, you will know of the power that hashtags have on social media. From stirring revolutions to upholding human rights, hashtags have been instrumental in the growth and spread of content. This is especially true of two social media mediums- Twitter and Instagram.

What started out as a way to curate groups of like-minded posts together, morphed into a considerable tool every digital marketer ought to know about and use. But as with all things, hashtags are only as effective as the strategy you put behind them.

Need we say how essential it is to learn how to boost content marketing with proper hashtag research?

If you’re after high visibility on your social media posts, hashtags play an integral role. A highly popular hashtag can turn your 500 plus followers into a 500,000 plus.

With millions of daily active users on each popular social media platform, it’s fair to say that a good number of posts have higher chances of going unseen — buried underneath the more popular ones generated by the more popular people.

And isn’t it reasonable to say that you don’t want your social media posts slipping under the ignored radar?

Utilizing hashtags for gaining your popularity is the difference between wasting your time trying desperately to generate engagement to becoming popular enough to reach thousands of your target audience.

In fact, adding even just one hashtag to your post increases your engagement by 12.6% more on Instagram; and twice as much engagement than those without while acquiring 55% more retweets.

But then again, if hashtags are so important and so effective, then why do 27% of marketers usually only use less than three hashtags per post?

If you’re expecting an answer that has something to do with statistics and about how ‘less is more’ in this situation, you’re not going to find it here.

The reason is quite mundane — that’s because doing proper hashtag research can be quite tedious, and it takes too much time and works if you’re going to do it right. Consequently, it also breaks the excitement of posting on social media. But it doesn’t have too.

In a digital scape overflowing with information overload, it’s easy to lose yourself in too much information. And the solution to organizing that clutter is a hashtag. It’s on Twitter, Instagram, Facebook, Youtube, etc.

However, to reap the benefits out of a well-strategized hashtag marketing effort, you need to work towards creating and finding the ideal hashtag.

Your ideal hashtag/s should be:

How to Do Proper Hashtag Research:

Marketing efforts prosper when careful planning and a strategy is laid out before execution. That applies to hashtag marketing and the research involved as well.

Hashtags: the social media equivalent of a keyword in SEO. However, there is a difference between doing your keyword research and hashtag research.

For starters, the main engine you use for looking for a particular term is different. Where keywords are best tested on search engines, relevant hashtags are better found on social media platforms.

The trick to finding the right word to create and find a hashtag for is to visit popular accounts similar to your niche. Take note of the hashtags they commonly use and list all of the core keywords that you can use as hashtags.

There are plenty of tools available on the net to help you find the right hashtags and come up with new ones as well. The internet doesn’t run short on them. Here are a few:

In addition to the following tools, keep an eye out for things like:

Step 3: Keep all of your hashtags together in a spreadsheet:

As you’re slowly wrapping up this process of gathering keywords, you already have a list of hashtags that are relevant to your niche. In fact, it might even be an overwhelming amount, and you won’t know where to start.

So, to sort through your collection of hashtags, it would be productive to create a spreadsheet for all the hashtags you’ve managed to find during your research.

Step 4: Things to remember as you build your hashtag strategy:

Your extensive collection of would-be hashtags are useless if you won’t put them to work.

How do you sort the ones you can use and the ones that you won’t? Social media is spontaneous, but from what we have established, reckless posting isn’t going to be your method of doing things.

Technically speaking, there’s no foolproof social media hashtag marketing strategy to tide you through the different ups and downs. Strategies vary from company to company and problem to problem. It goes without saying that this is the one part that you’ll have to discover and construct yourself.

Recycling is good, but no, you can’t use the same hashtag for every post over and over again. Even if you’re tempted, say ‘no’ outright.

First off, your extensive collection of hashtags is useless if you end up reusing the same one again and again. Second, rest assured that your target audience will notice and probably won’t appreciate it — unless it’s your brand hashtag.

But avoid doing this practice because remember that engagements on top won’t be forever on top. What’s trendy today may not be relevant tomorrow. And on the other hand, what’s unremarkable today might be the biggest hit in the next few hours.

Your job, however, is to stay on top of the spontaneous and ever-changing nature of hashtags — and the social media landscape, in general. That’s what your list is for.

Mind your number of hashtags:

Keep to the rules! Recklessly skipping over the rules like you’re the boss of everybody isn’t good for you. You’re more likely to receive penalties that way. You also don’t want to be sparing or you’ll lose your chance for maximum engagement on each social media platform.

Use hashtags in the comments:

Hashtags work the same way whether they’re present in a caption or the comments section. This way you promote the use of your hashtag, and at the same time, drum up a bit of interest around your current topic. Just don’t spam, because nobody likes that.

Hashtags are actually quite fun…and easy to use. They segregate content into specific groups and helps users find posts. Hashtags help you reach more people who are interested in what your business has to offer.

Slapping a couple of hashtags you find or think of at the spur of the moment isn’t a good idea. Hashtags are the keywords of social media, and your business would do better when you implement proper hashtag research. 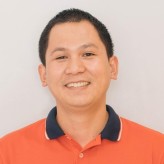 Al Gomez is an SEO Consultant. Al has over 12 years’ client digital marketing experience and has proven track records of successful projects and expertise in various marketing channels. He is passionate about solving online marketing problems like generating leads and increasing sales. He is also the Consultant for a digital marketing agency, Dlinkers offering services like SEO, PPC, Email marketing, & Web Development.